A £250,000 supercar conceived by an ex-plumber from Holland doesn’t sound too promising but in reality it is surprisingly effective. 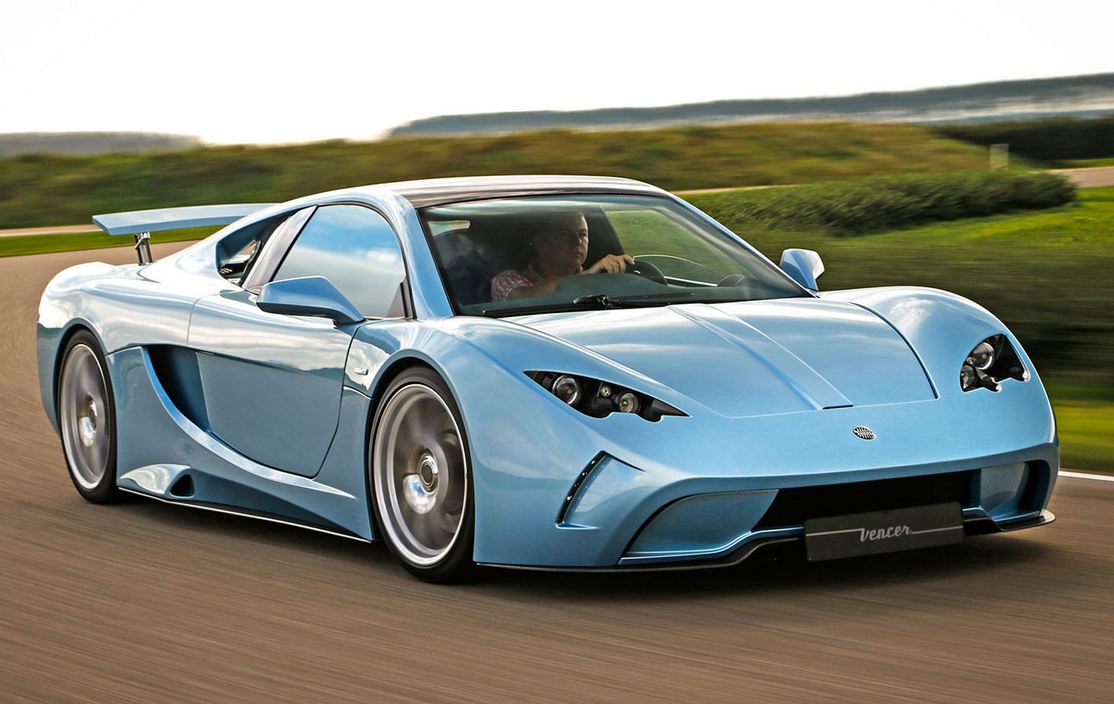 When 38-year-old Dutch entrepreneur Robert Cobben, creator of the new Vencer Sarthe supercar, was a teenage boy, he went to Le Mans for the first time with his family.

It was the mid-1980s, when the mighty Porsche 956s and Silk Cut Jaguars ruled the roost at La Sarthe, as it’s known among the locals. And from the moment he saw those prototypes howling down the Mulsanne Straight at 220mph – this was before they put the chicanes in, remember – Cobben was transfixed.

“I knew even then that, one day, I would at least try to build a road car that captures the spirit of those great Le Mans cars from the 1980s,” he says. And now, 25 years later, here he is, and here it is: the appropriately named Sarthe, with 622bhp, full carbonfibre bodywork and a £250,000 asking price.

Unlike most start-up supercar makers, Cobben and his amiable team of 10 or so employees at Vencer – which means ‘to overcome adversity’ in Portuguese – are realistic about the numbers surrounding their new car.

“In the first year, we will build five, perhaps six cars,” says Cobben. “In the second year, we aim to make one a month. And for the time being, that will be all we aim to do: 12 cars a year. It’s an exclusive car for a small but discerning audience.”

The Vencer Sarthe will not be to everyone’s taste, and deliberately so. It purposely eschews all the regular electronic trickery that you’ll find in a contemporary supercar from Ferrari, Porsche or McLaren. “I believe there are still some people who want a road car that is pure to drive, and which isn’t compromised by electronic interference. And which has a manual gearbox,” says Cobben. 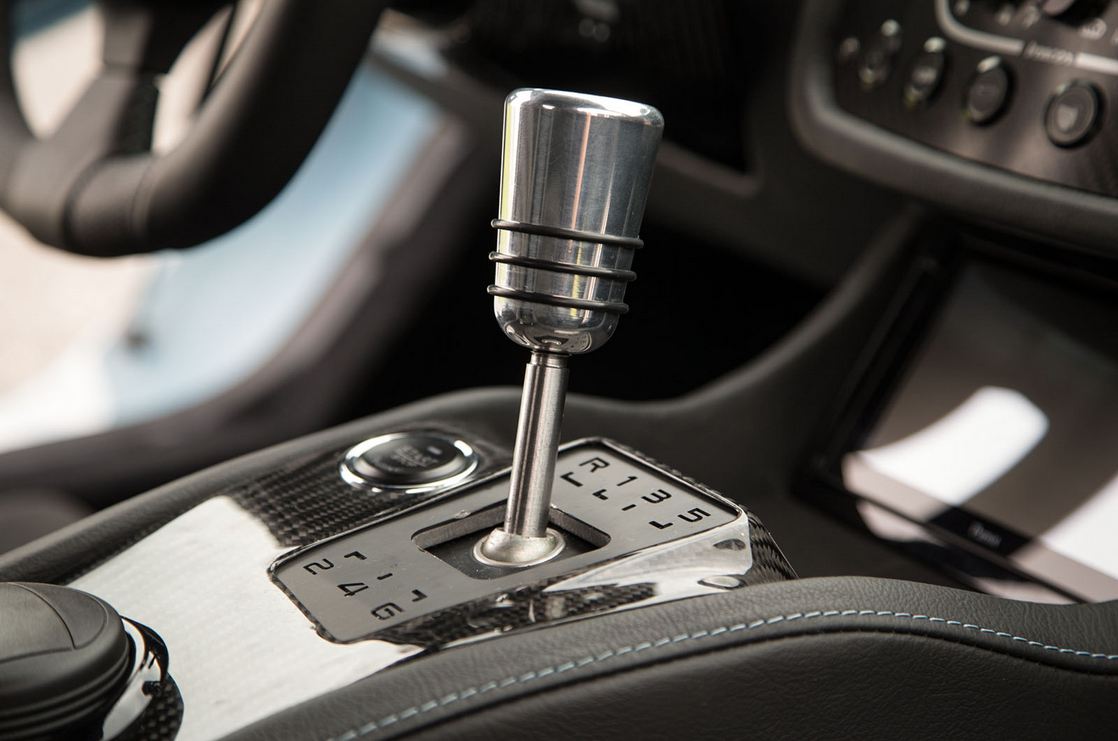 Yet Cobben doesn’t claim to have built anything as straightforward as a racing car for the road. “This is a street car so it’s got to be comfortable and usable,” he says.

So it’s more like a GT-style supercar, I suggest, one in which you could drive to the south of France without being too uncomfortable. “Exactly!” exclaims the Sarthe’s enthusiastic creator, who, by the way, used to own a rather successful plumbing business, which he sold just before the last recession to realise his boyhood dream to build a supercar.

So what lies beneath the Sarthe’s beautifully finished, Le Mans prototype-inspired, carbonfibre bodywork? At its core, it features a Hennessey-tuned 6.3-litre V8 engine from GM, featuring bespoke heads and a supercharger to provide 622bhp and 618lb ft. 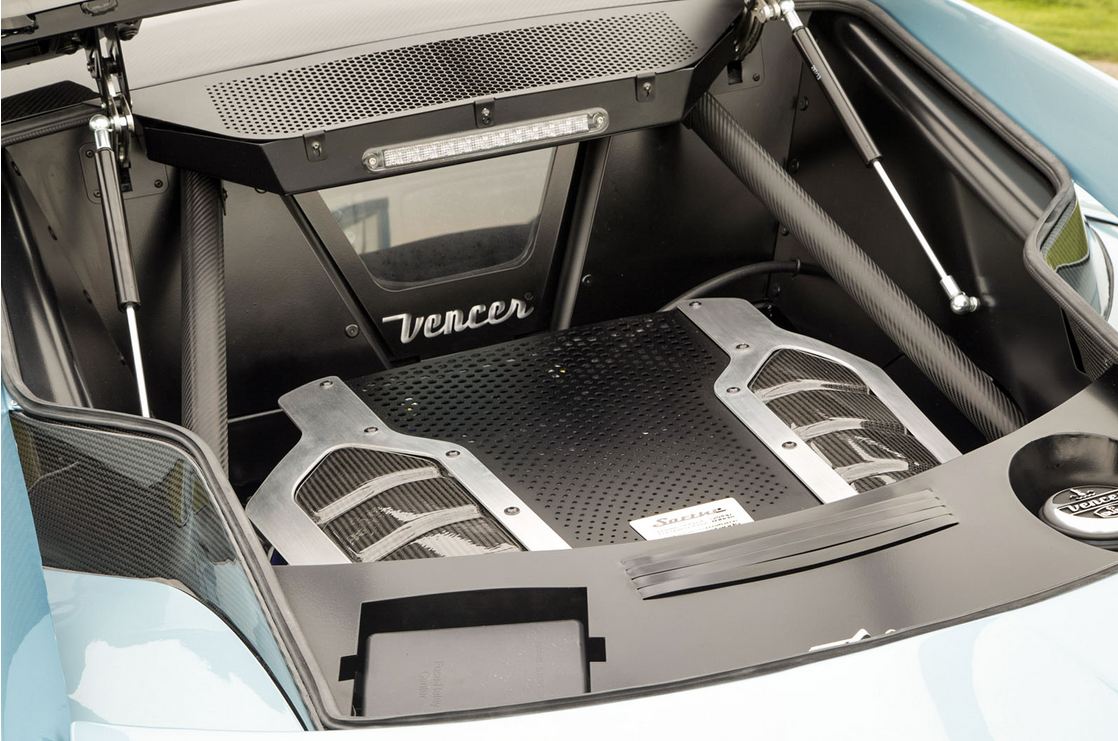 This sits in a hybrid aluminium-chrome molybdenum spaceframe mid-engined chassis that’s also bespoke, with double-wishbone suspension at each corner. The V8 is mated to a six-speed manual gearbox built by UK engineering firm Ricardo.

At the rear, there’s a limited-slip differential and 20-inch wheels that wear 295/30-profile tyres, made for Vencer by Dutch tyre company Vredestein. The 245/35 ZR19 fronts are a bespoke size for Vencer.

Amazingly, the carbonfibre bodywork is created, baked and finished entirely in-house at Vencer’s factory in Vriezenveen, on the border of the Netherlands and Germany. Initially, Cobben tried to outsource the making of carbonfibre body parts, but he couldn’t find anyone who met Vencer’s price and quality criteria, so he bought his own oven and decided to make the stuff himself. 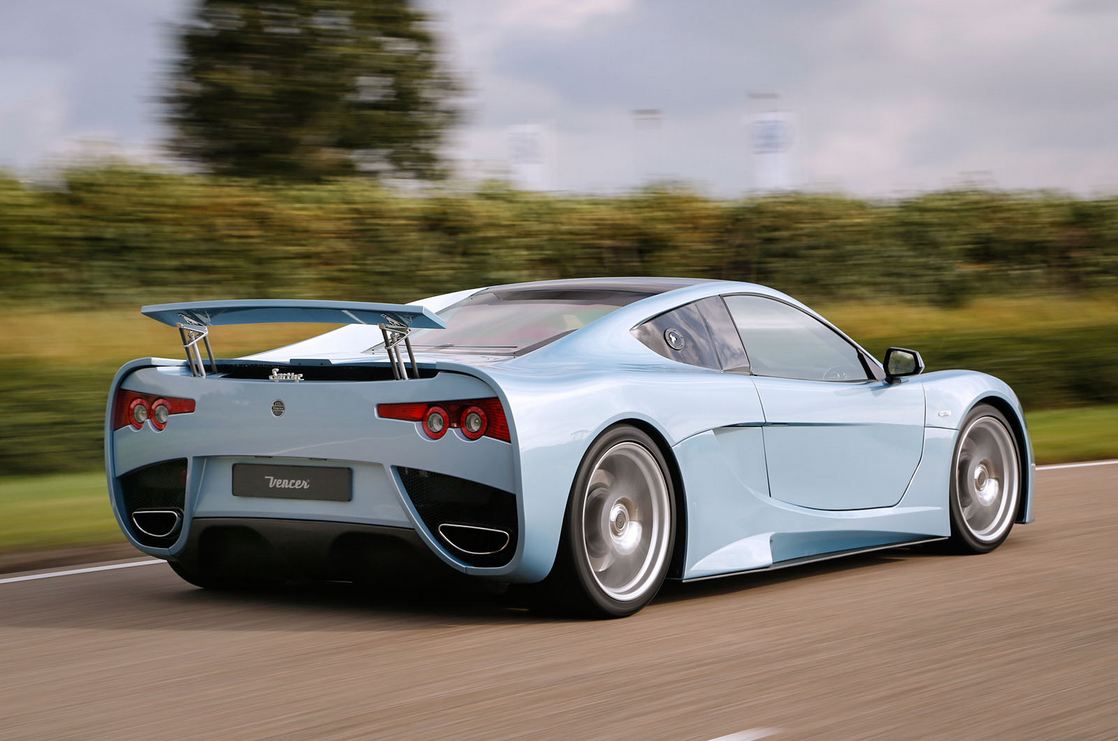 “It’s not cheap, of course, but we can guarantee the quality if we make the carbonfibre ourselves. And for me, that was always a really key element to the car,” he says. This alone tells you almost everything you need to know about Cobben’s mildly unhinged but thoroughly endearing obsession with ‘doing it right’.

In the raw, the Sarthe looks pretty spectacular. It’s long and wide and low, just like a supercar should be. But it’s also distinctive and intriguing because its shape and its proportions, especially around that long tail, are so unfamiliar. The fit and finish of body panels and quality of paintwork are also genuinely incredible for a first-time effort at a production car. Ferraris don’t come any better painted or finished than this.

And the same ultra-high-quality theme continues when you thumb the invisible door release, and the door raises in a half-scissor, half-conventional, wholly different kind of way to reveal a simple but luxuriant-looking interior. 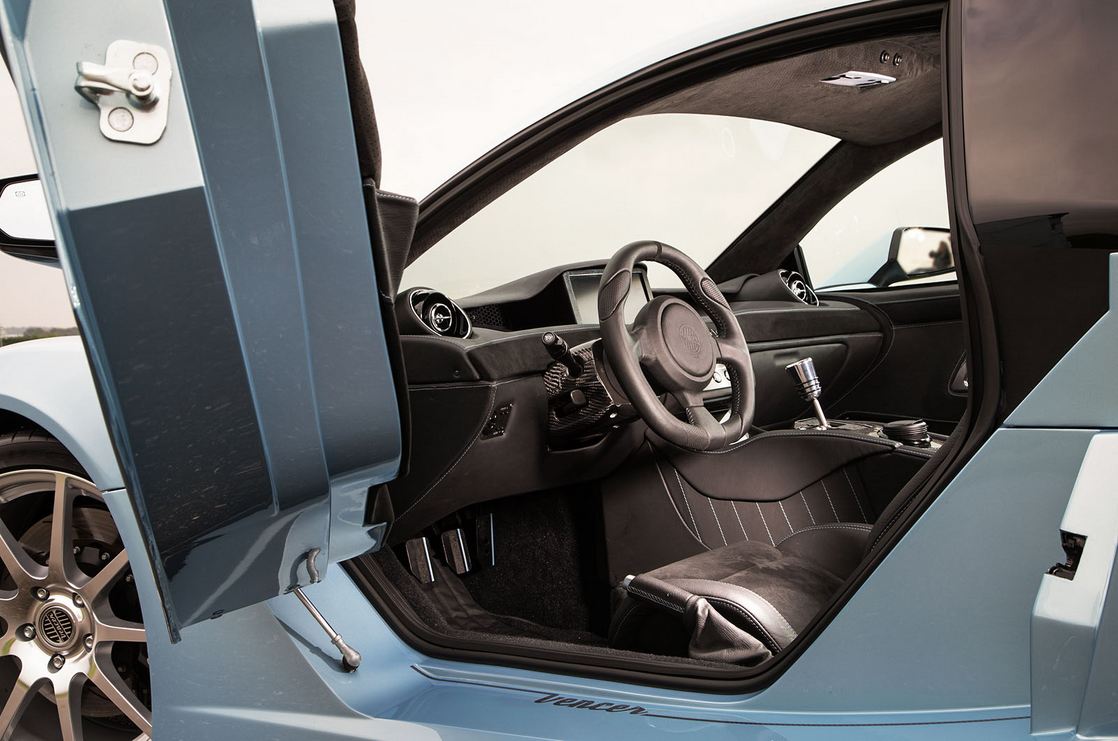 It smells right in here, it looks right in here and it is right in here. And as you sit behind the multi-adjustable, leather-lined steering wheel, staring out at an unusually clean view of the road ahead (because the main instruments are all housed within a big, centrally mounted TFT screen), you can’t help think: how on earth did they manage to get all this stuff so spot on, first time out of the box?

Then you fire up the V8, select first within the meaty six-speed gearbox and drive away and the whole thing slowly unravels, right? Wrong. Not for one moment does the Sarthe feel like it was built or engineered or fine-tuned by anyone other than people who very much know what they are doing. It also drives quite unlike anything I was expecting, or anything I’ve ever driven before.

You look at the spec sheet, see that it has 622bhp, note that it weighs just 1470kg with fluids and has a full slippy diff but precisely zero in the way of traction control, and you expect it to be a complete maniac of a machine. One that lights its rear tyres up at the merest whiff of full throttle and then spits you into the gutter if you’re not good enough to deal with it.

The reality, however, is somewhat different. Cobben asked Hennessey to make the ultimate power delivery from the V8 as soft as possible, so that it would also be as manageable as possible. And it is. 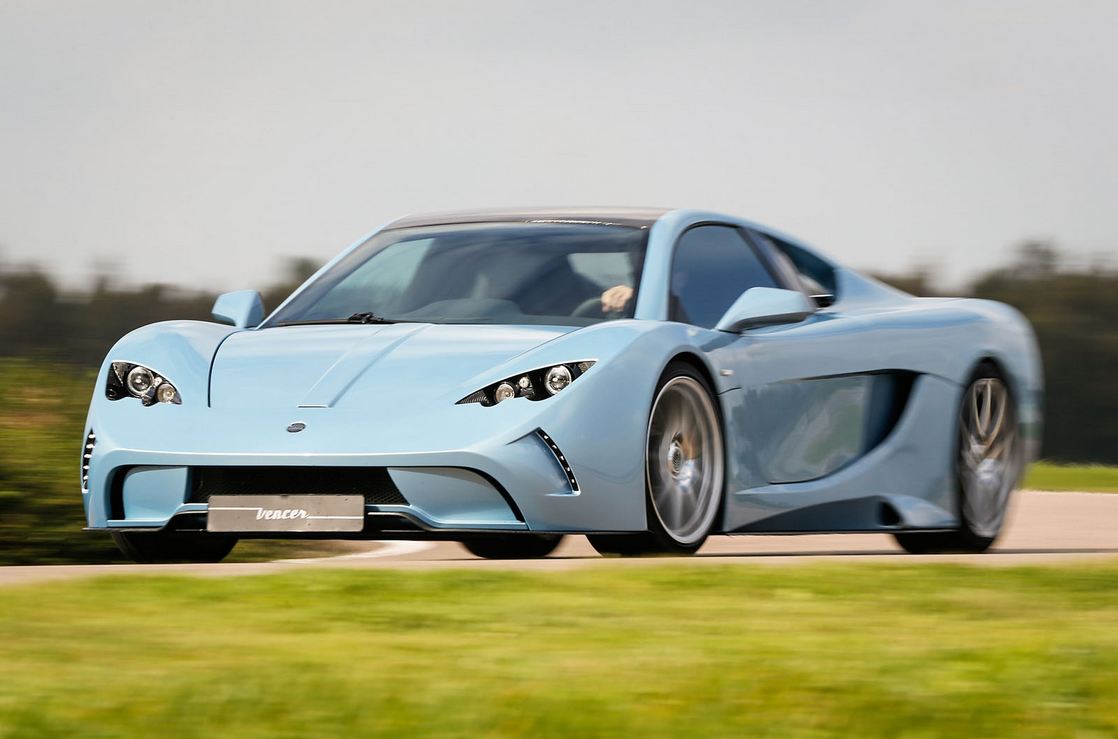 As a result, the Sarthe feels unfeasibly rapid, yes, hence the 0-60mph claim of 3.6sec and top speed of 210mph. But it doesn’t feel in the least bit edgy or recalcitrant on the move. Its power and, more important, its torque flow towards you gradually rather than with a rush, and the throttle response is smooth and well judged.

The steering is also similarly refined, with a sophistication to the way that it responds. Same goes for the ride quality, which is both soothing yet composed.

For most of the time, the handling is nice and tidy although, even by Vencer’s own admission, there are elements to the chassis that remain a work in progress. The traction is good, as is the fundamental balance mid-corner once you’ve got the thing loaded and settled into a bend, but on turn-in, it does feel a touch too soft for its own good. As a result, it feels like it wants to fall over itself at the rear unless you are super-delicate with your initial steering inputs. 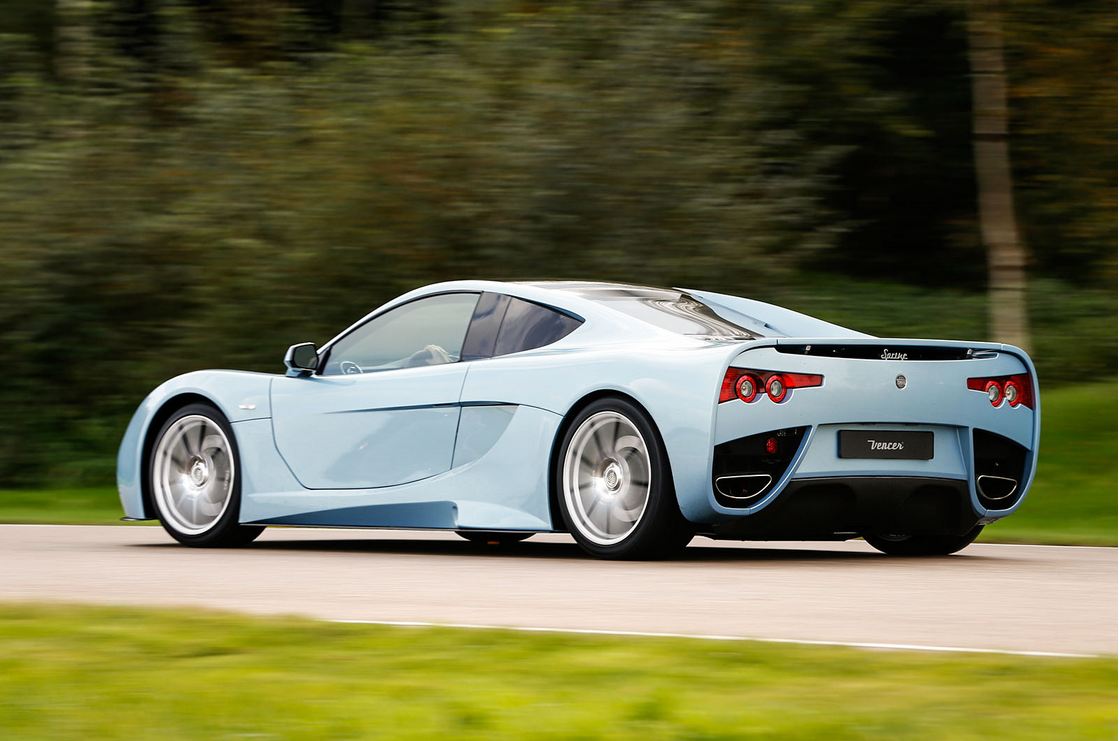 But other than this, the Sarthe drives every bit as good as it looks. I loved the feel and power of its brakes, which will eventually get ABS. I liked the response and purity of its steering, and I thought the ride was exceptional for such a small-volume car. The traction was also hard to fault and the mid-corner composure was similarly impressive.

Oh, yes, and did I mention the noise it makes? Of all the things I remember about my day with the Sarthe, it’s the sound it makes under full load at anything above 2000rpm – because it is very, very lovely indeed. An initial deep, guttural rumble develops into a still bass-heavy howl in the mid-range, culminating in a full-on ear-splitting scream between 5000rpm and the 6800rpm cut out.

And when you’ve heard the Sarthe’s mighty war cry just once, all you want to do is slow down, shift back to a nice low gear in the excellent six-speed gearbox, and listen to it all over again. And then again. Until your ears begin to hurt and eventually bleed. 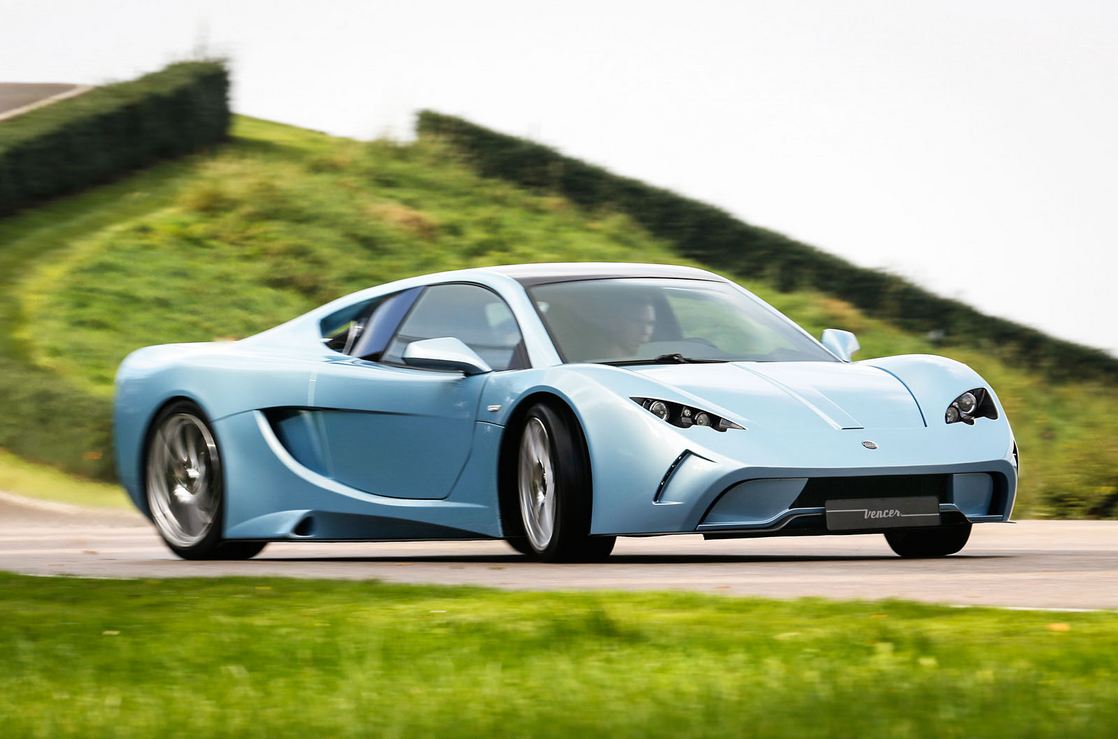 I’d say that Cobben will have no problem at all finding 12 customers a year for his dream car, the first of which has already found a home thanks to Vencer’s new dealership in China. In fact, I’d say that the only problem he’ll have is working out who sits where in the queue from now on because the dream, in this case, has very much come true. 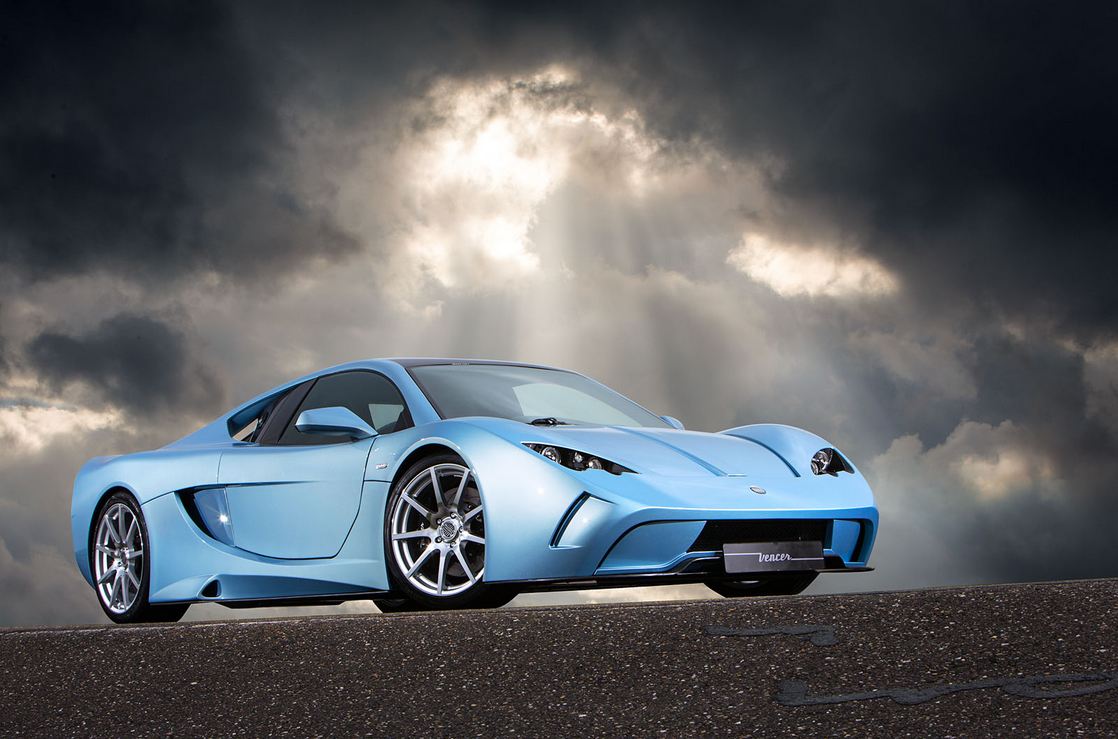