Vencer Cars is featured in the Autoweek special this month, with a personal interview with CEO Robert Cobben. In this special issue Robert looks back on a successful year with the debut of the Vencer Sarthe that has been reveiled at Top Marques in Monaco last april. Next to this he looks forward to 2014, a year in which Vencer is going to build the first customer cars and sets out to grow.

Continue to read the whole story in Dutch here. 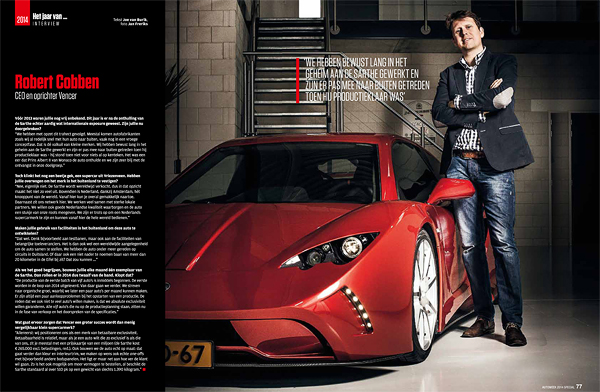